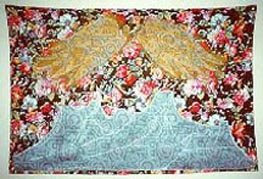 Zman Matan Torah, the time of the giving of the Torah. It is said that all Jewish souls stood at Sinai. Those souls who had just come out of Egypt as well as all the generations to follow, including those who would convert to Judaism. We prepare for a wedding. We will receive the Torah as a bride receives her ketubah, or marriage document, from her groom. Gd will betroth Israel to him this day.
We have made the journey, seven weeks since our Exodus from Egypt . 49 days of Counting the Omer, intense emotional and spiritual work day after day, in order that we will be ready to stand under the chuppa, the marriage canopy, Har Sinai itself perhaps and receive the Torah from HaShem.
Shavuot is the 50th day. The 50th Gate, "our sages teach, is the highest level of knowledge of Gd. It is beyond the grasp of the human intellect". Rabbi Nachman of Breslov felt it could be apprehended distantly through prayer, and once remarked that his own prayers were drawn from the 50th Gate. (1) 50 in Hebrew is equal to the letter Nun.
Shavuot is said to be the birth date and the yharzeit, day of death, of King David, may peace be upon him. In Kabbalah, in the upper worlds, Malchut or kingdom, the Sephira associated with David, is represented by the sea, whose tides are controlled by the power of the moon. Upon seeing the new moon we say, 'David the King of Israel is alive forever'. When Malchut descends to the lower world it is symbolized by the Earth. (2)
The Book of Ruth, Megilat Rut, is read on Shavuot. It is the story of a woman's conversion to Judiam. In it the Rabbis still seek direction for conversions. Rabbi Murray Saltzman writes "the Book of Ruth defines Israel as a universal people, and Judiasm as a moral way of life. Israel's faith in Gd leads to compassion, love, and righteous dealings between people... Ruth... was 'like Rachel and Leah' in building the house of Israel".
Want an 'Old World' cheesecake recipe? 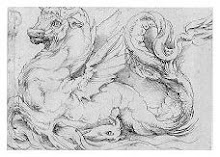